…or should it just be Sunday Gunday for short?

File that under “Things To Ponder.” 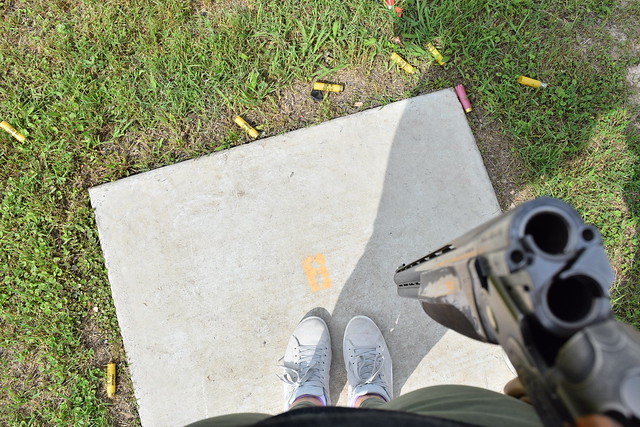 I was on the verge of not writing this post, as the last 24 hours has been a technological black hole.  WordPress deleted a lengthy post (ugh) which made me want to scream, my internet went out and I spent an hour on the phone with tech support, and my computer started sending electrical shocks up through its keyboard, making typing physically painful and leaving my fingertips singed. It’s as if some evil gremlin is trying to punish me for being a blogger!

Suffice it to say, it has been an irksome day. So irksome that I could just shoot something! (Don’t worry, inanimate objects far from humanity are all I have in mind.)

Ah, what a convenient segue into this post. Where would one go to “shoot something” in Austin? I have an answer: the Capitol City Trap and Skeet club. (You do not have to be a member.) 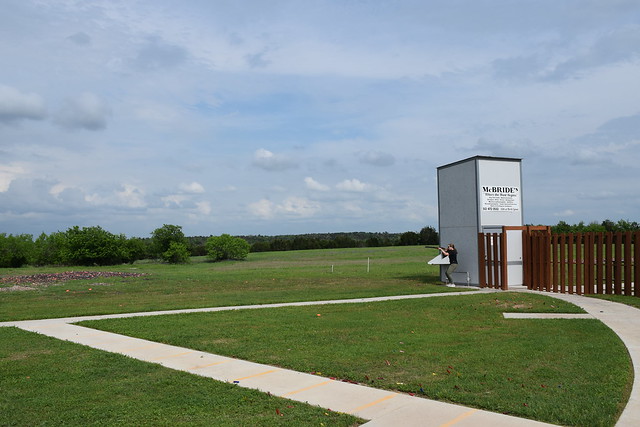 Far from humanity, you can shoot skeet, trap, and sporting clays. For those of you who don’t know the difference yet: basically these are all variations on shooting orange clay disks out of the sky.

Brandon and I tried this gun club out on our anniversary a few weeks ago. I love shooting, and that’s a fact he’s come to learn about me. It is thrilling and empowering to blow a moving target out of the air. Whoever said yoga was the best thing for stress relief clearly has never been shooting.

I like shooting best when certain conditions are met:

Who, me? Demanding? Nooooo.

Safety wasn’t an issue at the gun club–the gun ranges all pointed out at an open meadow and there were fences separating each range. The club additionally has rules about how to properly handle a gun on the premises.

Perhaps the best part of the Austin gun club was its sporting clays course, which majorly satisfied my craving for a challenge. 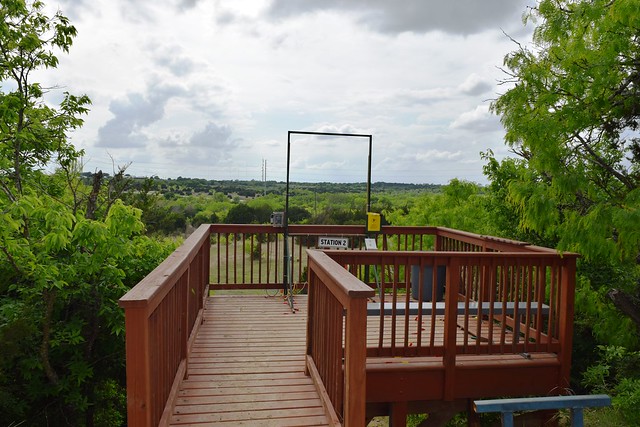 Unlike skeet and trap shooting, where machines send clays into the air in the same direction each time, sporting clays are sent out randomly at unpredictable directions. Basically, it’s like hunting on the Oregon Trail. Do you remember that? Good times in the 90’s, eh?

There are three sporting clays courses at the gun club, one of which winds down through the grounds. The path is very scenic and it made for a delightful and private afternoon of shooting.

Private being a very good thing, because no one could see us miss. Perfect! 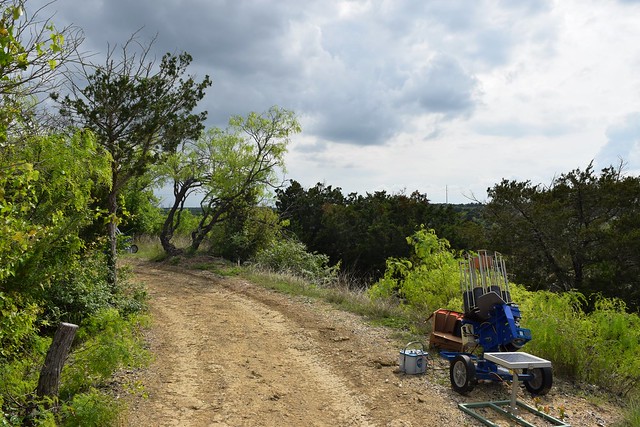 When you get to a station, all you do is put the key they gave you at the clubhouse in the box, grab the remote, and go! 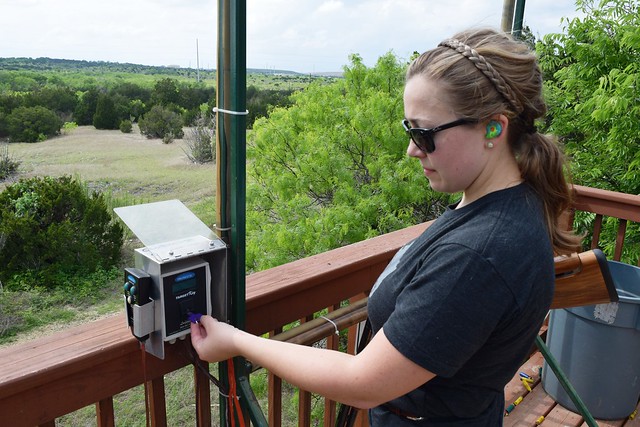 The remote has three different buttons which tell the various machines to send clays flying into the air. There is an official order to it all but we just pressed them at random. 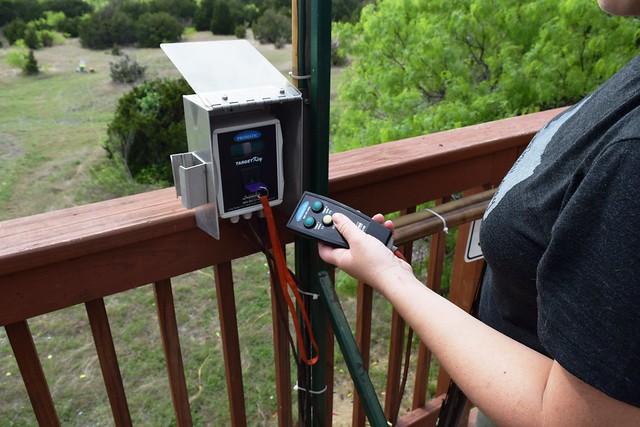 There were literally dozens of stations and we could have spent all day out there, but I was getting hot and needed a clubhouse to cool off in. 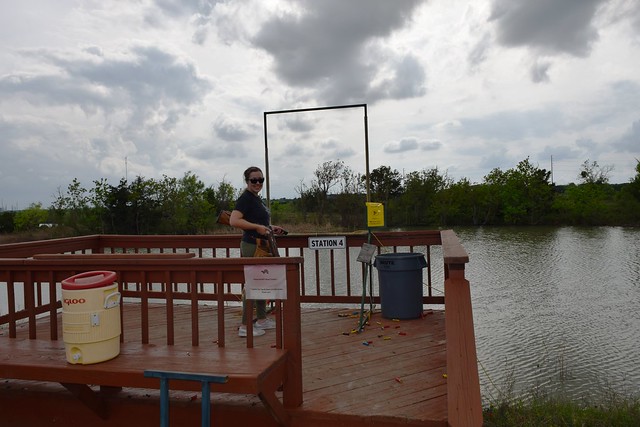 Yeah, about that…take every glamorous image the word “clubhouse” conjures up and throw it out the window. Then add linoleum and a dirty coffee pot and you will have the Austin Trap and Skeet Club’s “clubhouse.” It is a far cry from comfort, I can tell you that much.

They could really use some interior redecoration. But I guess none of the male clientele has ever complained.

I recommend packing up and heading to the nearest Whole Foods for some A/C. 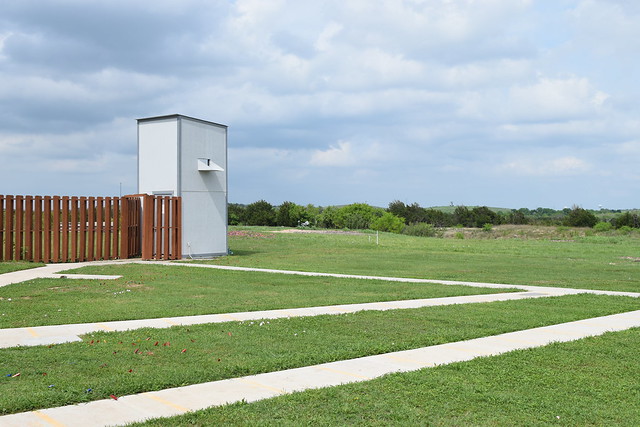 While Austin Trap and Skeet couldn’t check all my boxes listed above, it was a perfectly good place to shoot.

So, if you’re ever having a bad day, if your internet ever goes out and you have to sit on tech support, instead of throwing your computer out the window, take it to the gun club, and shoot it.  Or just shoot the clay targets they have there.

Just let it all out. Let the negative energies flow through your shotgun chakra. 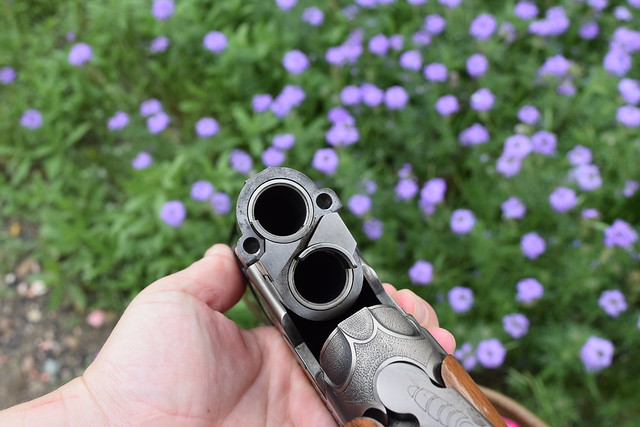 Gosh, I feel better already after just writing about shooting.

Sayonara. G2G dunk my fingertips in ice water. They are singed from typing.