In honor of our first anniversary on Sunday, I’m posting some special features on our honeymoon to St. John, US Virgin Islands.

Situated on the edge of the US Virgin Islands National Park, Caneel Bay Resort has the most pristine beaches I’ve ever seen. In daylight, they were the ultimate in peace and quiet, with nothing but the sound of waves returning to the shore. At night, they were front row seats to the starriest skies I’d ever seen. 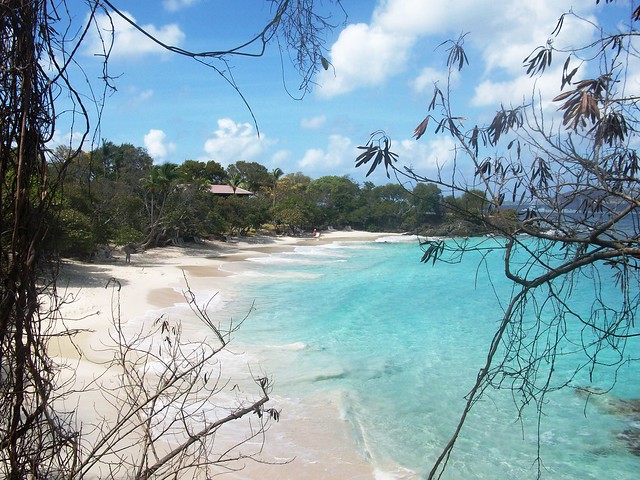 Naturally, we spent most of our vacation on the beach. When we weren’t looking out at the ocean, we’d look up to the high points of the island, Margaret Hill and Caneel Hill, which towered over us at 700+ feet.

I felt as if they were beckoning us to hike them.

Don’t you want to see what the view is like from up here? Don’t you need some exercise after the amount you ate at the breakfast buffet this morning? they seemed to be saying to me.

At some point, the first voice won out, and Brandon and I set off to tackle St. John’s hills. 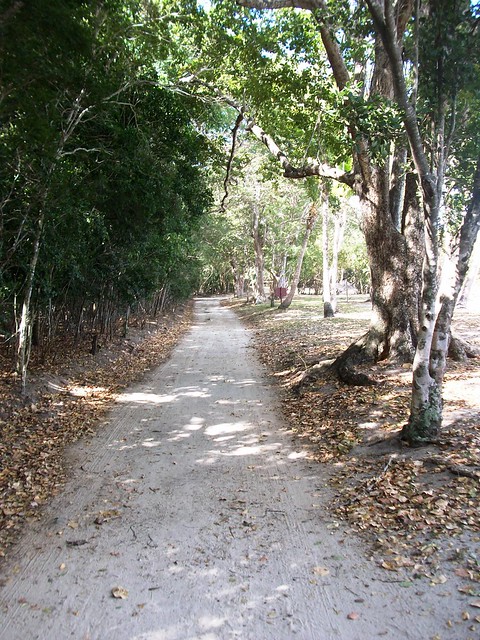 It was an unusual feeling to leave the openness of the beach and head down the narrow trail through the woods. 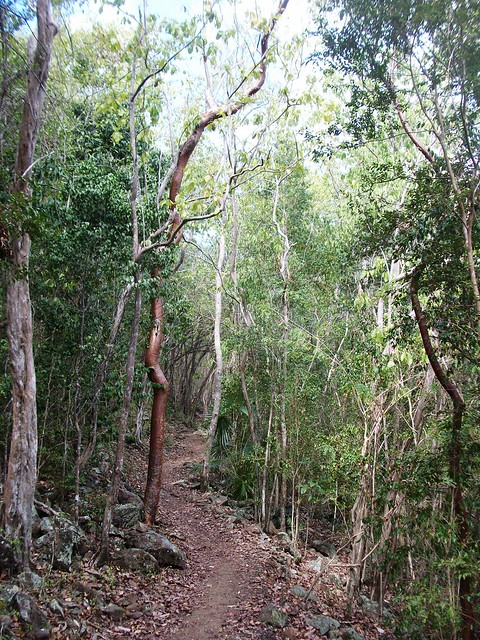 The woods themselves consisted of thousands of skinny trees, each no more than an inch or two in diameter. The floor was covered in fallen leaves, and occasionally a palm tree, succulent, or fern would break up the monotony. 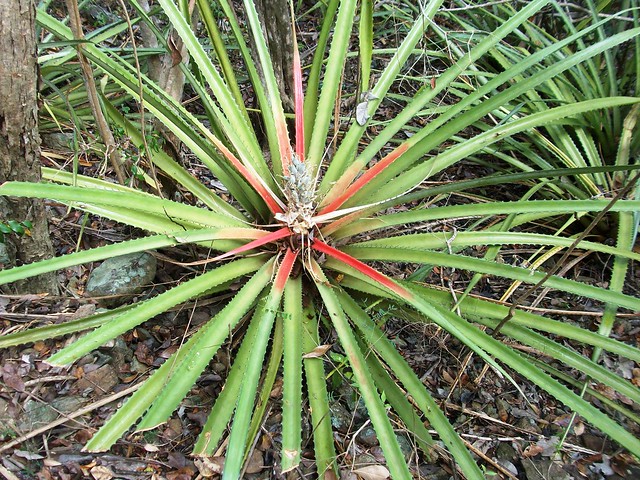 I had expected a little more in the way of tropical plants, and was surprised to find that based on scenery alone, at that very moment, I could be in Appalachia, the Ozarks, or East Texas. 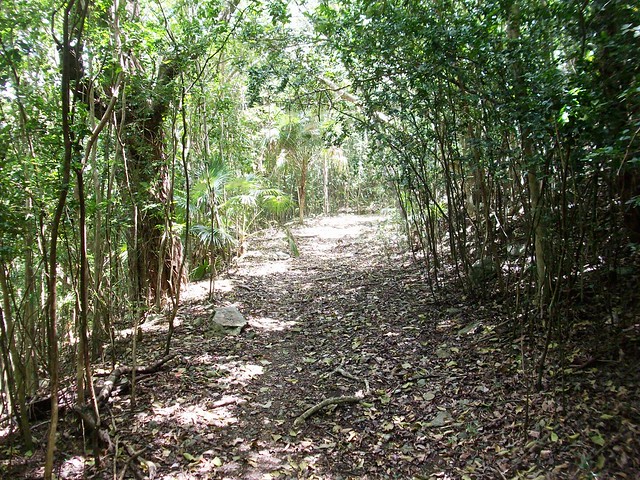 It was plain old forest, and it seemed to go on forever.

I felt as the author Bill Bryson did when he wrote, “There is no point in hurrying because you are not actually going anywhere. However far or long you plod, you are always in the same place: in the woods.” 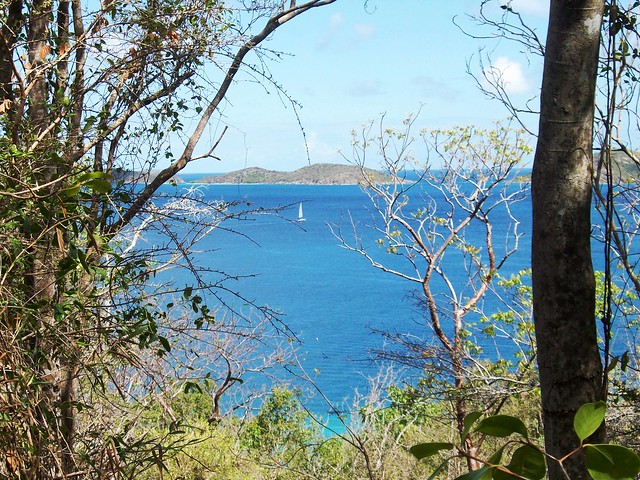 But as the trail wound upwards, the monotony waned as we were treated to stunning views of the surrounding waters. Blue of the most brilliant shade glowed through the spaces between branches and palm fronds. 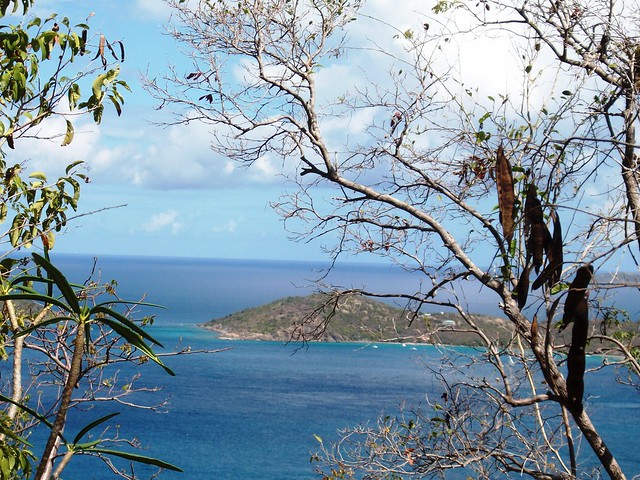 Nothing is as brilliant of a blue as the ocean, am I right?

High up on the hill, we spotted a speck of red on the forest floor—easy to spot in the sea of greens and browns. I knelt down to find a little hermit crab making his way along the trail. 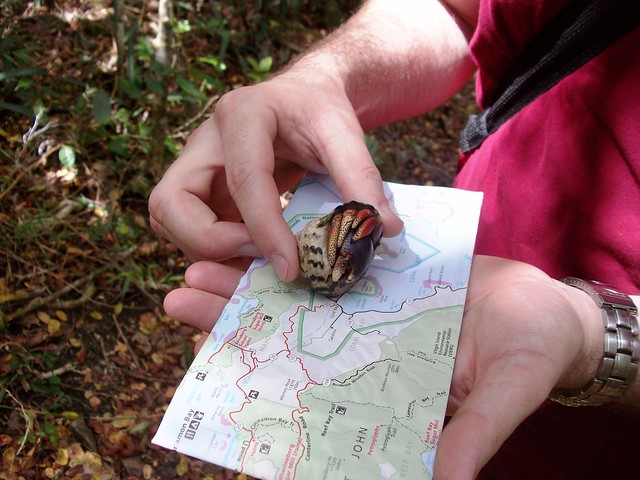 Views of the ocean continued to greet us as we rose higher and higher. There were a few points where I thought the air was getting thin and that my beloved breakfast buffet was going to make a second appearance, but I was able to press on. 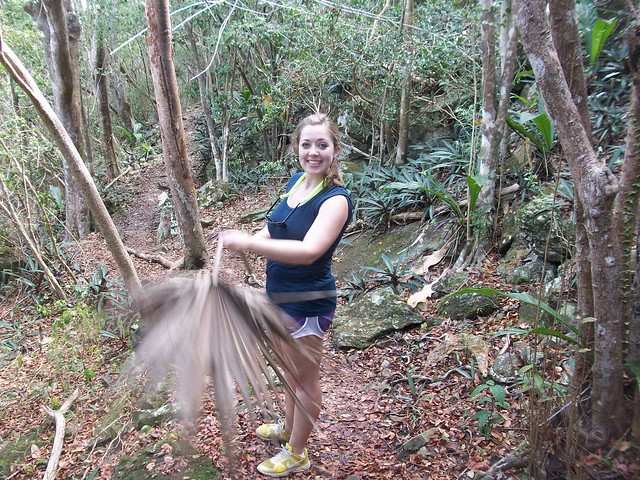 Once we reached the summit of Margaret Hill, the toil and trouble was worth it. 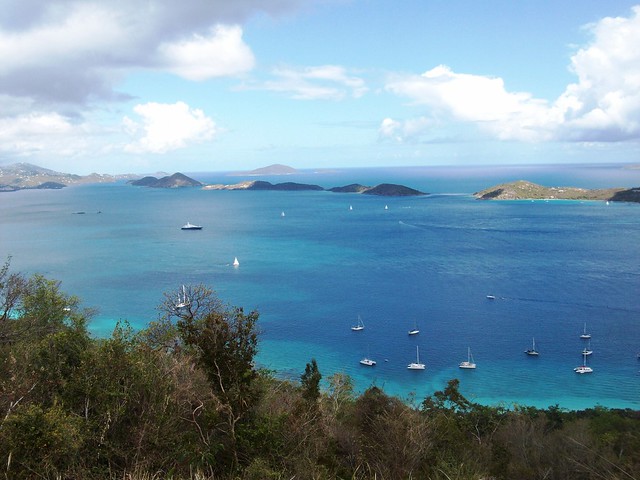 The view was spectacular. 36o degrees of the Caribbean Sea and its islands. A camera can’t capture the feeling of standing on that point. 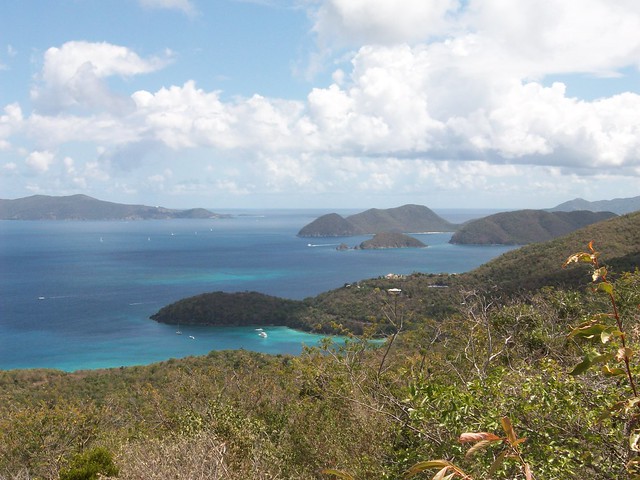 There’s Caneel Bay resort down there. 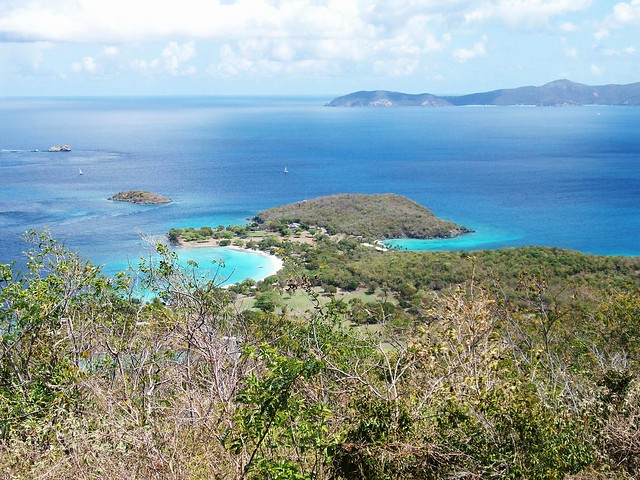 The bay on the right side is Hawksnest Bay, where we swam with the sea turtles. The bay farthest from where I’m standing is Turtle bay, and the one on the left is Caneel Bay. 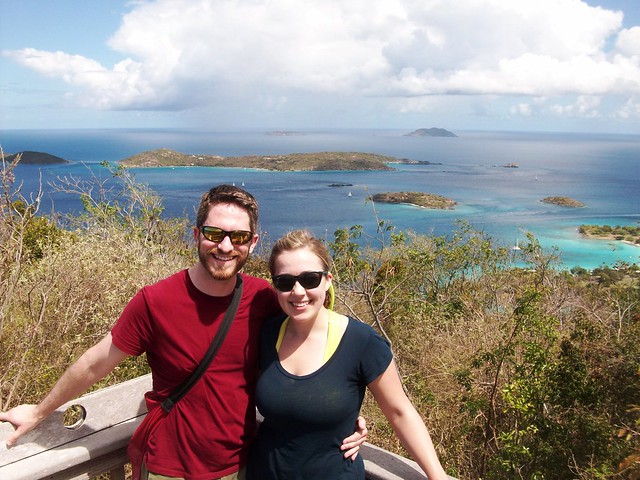 From the top of Margaret Hill, the trail led us across a forested ridge to Caneel Hill, and back down to the road connecting to the resort.

By the time we made it home, we were so hungry and pooped that all we wanted to do was order a cheeseburger at the café and look up at the “mountains” and say, We did that.

And that is exactly what we did. Lest all of those calories I just burned go to waste! What it’s Like Underwater in the US Virgin Islands A Little Slice of Heaven in Caneel Bay, USVI 7 of Our Favorite Outdoor Moments of 2014